In an interview with INPIA, Massoud Jamali said about the importance of regulation in the polymer industry: Consumer and consumer to be considered in it. A member of the board of directors of the National Polymer Association added: “The policies of Article 44 of the Constitution and the provisions of Chapter 9, which refer to […] 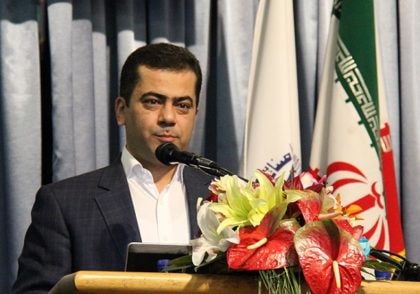 In an interview with INPIA, Massoud Jamali said about the importance of regulation in the polymer industry: Consumer and consumer to be considered in it. A member of the board of directors of the National Polymer Association added: “The policies of Article 44 of the Constitution and the provisions of Chapter 9, which refer to facilitating competition and prohibiting monopolies, emphasize the need for a regulatory sector in the petrochemical industry.” According to Jamali, due to the privatizations that have taken place in the petrochemical sector, it was necessary to form a regulation before the privatization in order to enable the implementation of regulatory measures and the implementation of government rules and regulations. He went on to point out that the market regulation committee could not play this role as a regulatory system, saying that the requirement of such a regulator is to have executive, regulatory, punitive and legal powers; For example, in dealing with customer complaints; There is a penalty in the stock exchange for delay in settlement, but there is no penalty for delivery of goods, and in the vacuum of the regulatory system, petrochemicals can sometimes deliver raw materials with a delay of up to two or three weeks, and unfortunately an institution to follow up. This issue does not exist. Jamali added: “In terms of observing production standards, it has sometimes been seen that the materials sold to producers do not have the necessary quality and producers have been looking to return these materials to petrochemicals for a long time and the capital of these companies remains in the hands of petrochemicals.” But due to the lack of a single regulatory system and reference, this problem has not been resolved; It should be noted that this happened to one of the pipe grades. He added that one of the regulatory systems is the commodity exchange, where different goods find their way in the supply and demand system and the real and competitive prices of different goods are discovered; But in Iran, most of the managerial energy is spent on controlling the demand side, and all designed systems such as warehouse system, Horizon design, optimizer, trade complex and other monitoring systems have been focused on the demand side. The chairman of the National Polymer Association said: “In this situation, the Ministry of Silence strictly controls the demand side and focuses on reducing demand in order to cut the supply and demand curves at more reasonable prices; But this ministry has no control over the upstream units and the problems around it. Regarding the supply floor in the polymer industry and the impact of the regulatory vacuum in this sector, Massoud Jamali said: “Not only is there no monitoring of the performance of petrochemicals in quality indicators and prices, but even the supply floor is not monitored; Prior to the dissolution of the Competition Council, the performance and activities of the petrochemical sector were monitored, but after the dissolution of the Competition Council; We no longer see oversight in this area. Jamali stated: I believe that supply from petrochemicals should be broken down into grades instead of materials; Because we see mischiefs upstream that make the market tense by playing with one or two specific grades, such as what happened in the field of PVC and with the low supply in a week caused tension and due to incompatibility The supply floor collapsed with the demand in the market for about three weeks in the PVC market. The polymer activist said: “The package prepared by the Chamber of Commerce to complete the value chain of goods also emphasizes the need for a regulatory system.” In this proposed package, an attempt has been made to define national attractiveness and interests equally for all levels of industry. He added: “During the past years, all the proposals presented were not fruitful because either the interests of all stakeholders were not taken into account or the upstream industries deviated from their limits and caused confusion in the market and prices became unrealistic.” Becoming and creating a competitive market between producers; Even last year we saw more than 100% competition in some grades. This situation shows the non-observance of the interests of all stakeholders, the existence of rents and as a result the cessation of the country’s comparative advantages in a certain area. Jamali acknowledged: “On the other hand, all the contractionary and control policies that are carried out in the Ministry of Silence in order to control the demand side, in addition to not paying attention to supply, despite the stability of the market as soon as the gap between market rates and The dollar exchange rate is half over, we will see the market collapse again and the competition between most grades will start According to INPIA, in the package proposed by the Chamber of Commerce to complete and make the value chain of the country’s industries, 7 main proposals in the direction of optimizing national interests are presented, which are: 1. Exemption from tax exemption for the export of petrochemical, refining and base metals base materials. 2. Value-added taxes on the export of the above products should be established in a gradual manner. 3. Feed prices (including gas, liquid, Lubkat and in the case of base metals, government rights and property interest of mines, etc.) should be determined in such a way that it is the most attractive rate in the region and other competing countries. 4. For the construction of new petrochemical units or capacity development of existing units, a food discount of 20% for a period of 5 years should be considered. 5. Design and set up a regulatory system for the oil, gas and petrochemical fields and other sectors where there is a state or legal monopoly. 6. The mechanism for changing the feed of petrochemicals that use liquid feed should be agreed using Article 12 of the Law on Removal of Barriers to Production. 7. Ta’zir observations and price determination and entry of the organization supporting the whole chain of the above industries should be eliminated