Nazanin, our unruly sickle, picks up the unripe cluster of seeds for years, which did not fall to the ground at the hands of our fathers. , Will not forgive, still waiting? No one will knock on this door And he does not say get up, it is morning, spring has come, you are spring, […] 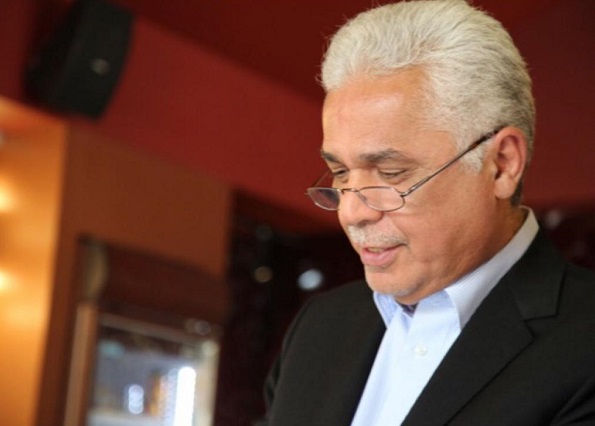 Nazanin, our unruly sickle, picks up the unripe cluster of seeds for years, which did not fall to the ground at the hands of our fathers. , Will not forgive, still waiting? No one will knock on this door And he does not say get up, it is morning, spring has come, you are spring, yes, believe in yourself Live memory of Mojtaba Kashani On the eve of the New Year and in these hard and intense and vague days of the end of the year, when economic activities are usually three times the average of year-round activities, we faced a different March due to the country being infected with the Korna virus without borders. Its social and economic dimensions will affect the country’s economy for a long time, including the shoe industry. If today the shoe distribution and retail network of the country, which has prepared itself for the sale of about 20 to 25 percent of the sales in March, will not be able to sell less than 30 percent of the previous year, tomorrow a large number of manufacturers despite the workforce They will face a lack of orders from retailers and bankers, and this new wave, in the early months of 1999, will become a domino that will affect all stakeholders in the supply chain except certain sectors of the country’s economy from top to bottom. کرد. Since now, all the facilities of the country are at the service of the health network and the country’s health defenders as soldiers and front line officers to fight against the coronavirus without borders, and the fight against this incurable virus is the first priority. The country and the government have become, the least that can be done is not to stir up the economic dimension of Korna and “have all the air together” and have mercy on each other, talk and communicate and increase the capacity for dialogue. To reduce the current psychological and economic pressures ahead of the stakeholders of this chain. Nation with government, private sector with public sector, debtors with creditors, tenants with landlord, buyer with seller, distributor with producer, employee and worker with entrepreneurs, driver with owner, downstream industries with upstream industries, strengthening communication networks Among the organizations, using the capacities of non-governmental businessmen and …. Let us remember that the country will defeat Korna and the country’s industries, including the shoe industry, are going through these days. Smuggling of $ 579 million in 2014 is no more dangerous for the shoe industry, and despite all the heavy costs incurred in the past years to fight relentless smuggling, the shoe industry today proudly declares that the country does not need to import ready-made shoes. In addition to supplying the shoes needed by Iranians, domestic production can become a shoe production terminal in the region and West Asia. This success is the result of incurring heavy costs, including reduced activity and the closure of a large number of active production units and the loss of manpower. In them and overcoming wars and escapes to fight against smuggling and the stability of risky entrepreneurs, despite some domestic sanctions and economic immorality in various dimensions of raw material supply and inflation of about 40%, which leads to a sharp decline in purchasing power and rising prices. Was obtained Came . If in the last one or two years, the shoe industry uses the opportunities that increase the exchange rate and prevent smuggling and reduce it and supply raw materials with different currencies, including the Nimai currency, a competitive advantage in the domestic market to gain new markets and attract customers Domestic and foreign compared to foreign competitors, it was able to use the space created for the relative prosperity of production and exports and employment development. Vulnerable entrepreneurs in the value chain of the production and distribution of leather, shoes, bags, and related industries are expected to have positive energy and planning in fulfilling their social responsibilities, respecting the people ‌ and the employees of their enterprises in the first place and all stakeholders in the supply chain. Play a role in the next steps On the eve of the New Year, let us all pray for each other and ask God Almighty to wish good health and increasing success with a happy ending for all Iranians, especially health defenders and frontline jihadists fighting the Korna and the country’s health care network and risky entrepreneurs. Accepting and asking for forgiveness for the sick and asking for God’s mercy and forgiveness for the dead, and patience and peace for the survivors, determines the best destinies for all Iranians. God willing