Under the pretext of Eric Schmidt resigning from management at Alphabet; Get to know Google’s business architect better

Eric Emerson Schmidt was born in 1955 in Washington, DC, but spent his childhood and adolescence in Blackborg, Virginia. His father was a professor of economics at Virginia Tech University. He began his university studies in architecture, continued with electronic engineering and finished with computer science After completing his elementary education, Eric went to Princeton […] 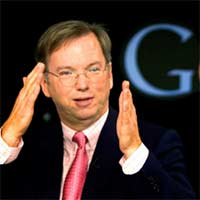 Eric Emerson Schmidt was born in 1955 in Washington, DC, but spent his childhood and adolescence in Blackborg, Virginia. His father was a professor of economics at Virginia Tech University. He began his university studies in architecture, continued with electronic engineering and finished with computer science After completing his elementary education, Eric went to Princeton University to study architecture, but before graduating in 1976, he changed majors and entered electronic engineering. He then completed his master’s and doctoral degrees in computer science at the University of California, Berkeley. He first worked for an Xerox office in Palo Alto, California, where he remained until 1983. That year, exactly one year after Sun Microsystems took office, he joined the company as software manager, and two years later he was promoted to senior manager of the software unit. He took on various responsibilities at Sun over the years, but his main activity was contributing to the development of the Java programming language. Schmidt eventually left the Sun in 1997 to take over as CEO of Novell. He worked hard to save the company and its networked operating system, but ultimately failed to rival software giants such as Microsoft and its counterpart, Windows NT. Eric Schmidt and the beginning of the golden age of search Eric Schmidt finally joined Google in 2001 as a board member, and five months later took over as CEO of the young startup. As an experienced and skilled person in the world of business and technology, he was added to a team that consisted of a group of elite but inexperienced young people. Schmidt joined the young Google as an experienced adult Schmidt was the one who figured out how to make money from the creative search engine Page and Brin co-founded by Google. He was able to transform the organizational and managerial structure of the company in a short time. Google was transformed into a public company and its shares were listed on the Wall Street Stock Exchange under Schmidt’s management and supervision in 2004. In all these years, in addition to being the CEO, he was also the main spokesman for Google. Between 2002 and 2005, Google’s popular services competed one after another, and Page and Brin, a small search engine, has now become one of the most prominent names in Silicon Valley and one of the most influential services on the Web under Schmidt. Was. He was someone who knew the market well and knew how to market a creative and excellent product or service at the best possible time and at the best price. Many believe that without Schmidt, Google would never have been able to manage its rapid growth in the first decade of the new century. In 2007, PC World named Schmidt one of the 50 Most Influential People in the Web. He was the one who knew how to make money from Google search engine. He is one of the few executives to enter the ranks of American millionaires through stocks, without being the founder or co-founder of the company. In 2011, he was ranked among the 136 richest people on earth with a fortune of about $ 7 billion. In 2010, the US judiciary fined a number of Silicon Valley companies over more than $ 400 million in compensation to some of their employees for a secret agreement not to hire rival employees. In that year, Google CEO was one of the main names and the most influential figures in the formation of the agreement. Finally, in 2011, after 10 years, Larry Page took over the helm of Google again, and Schmidt was appointed CEO. In his new position, getting rid of the day-to-day management of the entire company, he focused on changing Google’s business structures and maintaining the company’s rapid growth in all areas, so that eventually Google became one of the fastest growing companies in the world in terms of business growth. شد. Alphabet formation 2015 is a crucial year in the history of Google, as its founders Sergei Brin and Larry Page decided to create a large holding company called Alphabet, all the side activities and various investments that have been made before. Under the management of the Google unit, they were converted into independent sub-categories. As soon as Alphabet Holding was established and Page became CEO, Eric Schmidt was promoted from CEO of Google to CEO of Alphabet Holding, a position he holds to this day. Other responsibilities, activities and works Leading Google and managing it were not the only responsibilities of Dr. Eric Schmidt. He was appointed a member of the board of directors of Apple Corporation in August 2006 and remained in that position until August 2009. He is also a member of the board of trustees of Carnegie Mellon and Princeton Universities and teaches at several universities. Schmidt is a consultant and sponsor of a number of research, development and charitable organizations. Eric Schmidt has also been active in politics. He was one of Barack Obama’s main advisers and sponsors in the 2008 election, and has even been touted as one of the options for the Secretary of Commerce. During Obama’s presidency, he served on several national and specialized councils in the administration.