According to Inpia , “Behrooz Hassan Ulfat” today (Saturday) in an interview with IRNA added: Last year, for attending international exhibitions abroad, 50% of the exhibitors’ expenses up to 20 million Tomans Participants were paid. He noted that companies that were able to bring documents to international trade fairs to the Trade Development Organization received […] 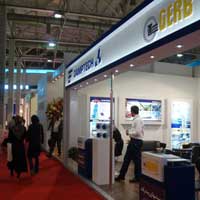 According to Inpia , “Behrooz Hassan Ulfat” today (Saturday) in an interview with IRNA added: Last year, for attending international exhibitions abroad, 50% of the exhibitors’ expenses up to 20 million Tomans Participants were paid.
He noted that companies that were able to bring documents to international trade fairs to the Trade Development Organization received their subsidies.
Hassan Ulfat stated: the payment of the mentioned subsidy is one of the policies of the Trade Development Organization that will continue this year, but no decision has been made about its final figures and it should be announced and provided in the form of budget.
He said: “Any exhibition that can receive a license from the Trade Development Organization for this year, will be subject to receiving this subsidy.”
According to IRNA, “Mohammad Reza Maududi”, the head of the Trade Development Organization, had previously announced: “Last year, at the time of approval of export incentives, we announced that up to 20 million Tomans and 50% of the costs of exhibitors will be paid, but with increasing rates The currency of these numbers grew. At the same time, we could not act against the government’s decree and change this 20 million tomans, but for the year 1998, we are looking to correct this action.

** Welcoming overseas exhibitions
The official introduced Iraq, Turkey, Oman, Russia and Turkmenistan as the main target markets of the Islamic Republic of Iran for holding exhibitions and said: “With the difficult economic conditions and the increase in the exchange rate, the costs of companies participating in foreign exhibitions have increased.” However, we are witnessing the welcome of organizations and the private sector from different provinces and regions.
For example, he mentioned the holding of the fifth conference and trade-industrial exhibition of Iran from May 19 to June 20 in the Russian port of Astrakhan, which is licensed by this organization and participants can use the subsidy.
Hassan Ulfat emphasized: Russia is an important market for the Islamic Republic of Iran and considering the determination of the officials of the two countries to develop relations, holding industrial and trade fairs can play a very effective role in facilitating relations between the two countries’ traders and mutual cooperation.
He mentioned the establishment of overseas exhibitions, especially in export-oriented countries, in line with the slogan of “production boom” this year, supporting self-sufficiency and empowerment of all strategic sectors, which is the researcher of the resistance economy considered by the Supreme Leader of the Revolution.

** The need to focus on the neighboring market
In this regard, “Hassan Mortaji”, the organizer of the Astrakhan Industry Fair, in an interview with IRNA, referred to the remarks of the President and Minister of Industry, Mines and Trade Nowruz, who considered the neighbors’ markets as the best markets for our country.
He reminded: Russian officials also emphasize on supplying the goods needed by the southern and southwestern provinces of this country from Iran.
The organizer of the international exhibitions said: “So far, we have corresponded with more than 200 chambers of commerce and Russian trade and industrial unions from 89 provinces of this country to attend the exhibition, and we even plan to provide them with a free booth so that Russian businessmen can hold talks.” Face to face (B TO B) with Iranian businessmen and meet their needs, especially in the construction and food industry from our country.
According to this report, the exhibition focuses on the construction industry, oil and gas industry equipment, engineering structures, technical and engineering projects and urban development, construction and export of relevant technical and engineering services, electronics, technical and engineering services in Fields of road construction, bridge construction and asphalt, transportation of oil and gas pipes, automobile manufacturing, logistics, international transportation, medical equipment, health and pharmaceuticals, cosmetics and detergents, food and beverage industries and equipment, bread , Sweets and chocolates, Petrochemical , building materials, cement, brick, plaster, paint And resin, sanitation, stone, glass, doors and windows, water and sewage pipes, elevators, irrigation and agricultural systems, agricultural machinery and equipment, construction machinery, food and agricultural industries and products.
According to IRNA, the policy clauses of the resistance economy were announced in 2013.
۲۰۱۶ by the Supreme Leader of the Revolution “Resistance Economy; “Action and action.” In 1396, “Resistance Economy; Production-employment “and the Supreme Leader of the Islamic Revolution declared the slogan of 1397″ Support for Iranian goods. ” This year is also called the year of “production boom”.