Today we tell you about the history of Apple, the founding of this company by Steve Jobs and how Apple became such a prestigious and popular company today, has a readable story that you should not ignore. Here are six key pointers in moving Apple to success. Be with “How”. A steep path It is […] 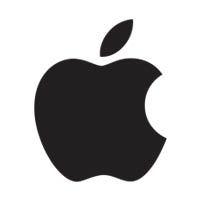 Today we tell you about the history of Apple, the founding of this company by Steve Jobs and how Apple became such a prestigious and popular company today, has a readable story that you should not ignore. Here are six key pointers in moving Apple to success. Be with “How”. A steep path It is very common in the business world for a company to suddenly emerge and decline a little later. In fact, it is a rare occurrence for a company to be dominant in various areas of the industry for many years and still be creative on the path to success. The survival of a company in the field of industry depends on several factors. Apple’s history shows that Steve Jobs, the founder and former CEO of Apple, was not only looking to produce great products, but also to build a lasting and influential company in the world. Now, despite Jobs’ death, the company is still the most successful company in the world, with strong financial backing and an extraordinary management team. You may also be interested to know what makes this company so successful and powerful. A look at Apple’s history shows that things have not always been as the company intended. Getting started in a garage Apple was founded in the 1970s in the garage of Steve Jobs’s home with his classmate Steve Wozniak. They successfully built the prototype desktop computer that founded the next generation of the company’s Apple 2 product. While everyone was amazed at the release of Apple 2, Jobs, looking for a long-term management option, chose Pepsi CEO John Scully as Apple CEO. Scully soon took control of the entire company, and Jobs lost his job at the company he founded. Apple had its worst period in 15 years under Scully and Gil Amelio. Steve Jaiz: Apple History Apple stock was falling sharply. On the verge of bankruptcy, the company desperately bought the newly established company “Next” owned by Steve Jobs. With Jobs returning to Apple, the company returned to its original ideas. Contrary to experts, Apple entered various fields such as music, multimedia, retail and tablet, and excelled in all of these areas with long-term planning and creative business strategies. Now some young people think that Apple has always been a leader in technology, but Apple’s history shows that the reality is different. Only 45 days after the difficult days of bankruptcy, the page suddenly turned. This shows that even in the worst of circumstances, there is hope for improvement. So far, many books and articles have been written about Apple’s business model and Steve Jobs’ management secrets. Every time customers enter Apple stores, they are impressed with the way they serve the customer. While the real reason for Apple’s success remains for many, such as Razi Sarboumehr, looking at Apple’s history, we came across six key principles for the company’s success. We will share these six principles with you below. 1. All Apple products must be used by their creators In many technology companies, the final product is not used by its manufacturers. But Apple’s policy is quite different. The company’s engineers make the product as if it were their own. Steve Jobs was one of the most prolific users of Apple products during his lifetime. ۲. Products should be easy to use Jobs strongly emphasized that if a product is not easy to use, it is completely worthless. This policy made the company’s products have a user-friendly design from day one. Apple is the only company that cares more about the ease of use of the product than the product itself. Apple has followed this policy in designing and manufacturing all of its products. 3. Everything should be kept simple! One of the reasons for Apple’s success is its focus on a limited number of products. For example, in the case of mobile phones, Apple usually only offers one iPhone. This makes it easy for the customer to choose. Sellers are also fully aware of this product. Research shows that while users are interested in having different options, they also do not want the variety of options to complicate matters. Statistics show that customers are satisfied with the low variety of Apple products. 4. Extraordinary after-sales service and experience working with products in the store Jobs realized one of the most important issues in technology: Even if you make easy-to-use products, they can still be complex for people. Therefore, customers need proper guidance. In 2002, Apple opened its first retail store in Tokyo. Many said that the retail era was over and that only wholesale stores such as Costco and Walmart would make a profit. Apple’s history shows that the sellers of the company’s products are well acquainted with all aspects of the product. They guide customers well and can explain the product in a professional way. Customers can work with products in the Apple Store and then make decisions. So it is no wonder why 50% of buyers of Apple products are new users.